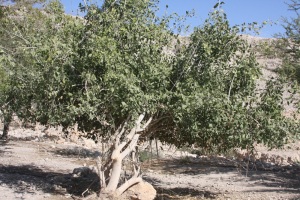 Jesus seemed to like the tiny mustard seed; he used it to illustrate faith in several settings. One teaching found in Matthew, Mark, and Luke, illustrated how the Christian Church would grow. Here’s how Mark recorded Jesus’s words about growth of the Church:

What shall we say the kingdom of God is like, or what parable shall we use to describe it? It is like a mustard seed, which is the smallest seed you plant in the ground. Yet when planted, it grows and becomes the largest of all garden plants, with such big branches that the birds of the air can perch in its shade (Mark 4.30-32 NIV).

This illustration described the growth and expansion of God’s kingdom on earth, i.e., growth of the Christian Church. Although the Church began in a small province of the Roman Empire, it grew larger than the mightiest empire on earth.

Another time Jesus used the mustard seed in an illustration, he was in Caesarea Philippi. Jesus wasn’t with disciples when a man asked them to heal his son, possessed by a demon. Disciples were unable to heal the son. Jesus arrived and ordered the demon to leave the boy (Matthew 17.14-21).  After Jesus expelled the demon, disciples asked him why they couldn’t heal the man’s son.  Jesus responded that they had too little faith.  He told them that if they had faith the size of a mustard seed, they could say to a mountain, “Move from here to there” and the mountain would move (Matthew 17.21 ESV).  Jesus’s point was that nothing is impossible with sufficient faith, even when that amount of faith is as small as a tiny mustard seed.

Like branches of a mustard tree, Christianity spread throughout the Roman Empire and into India and Ethiopia. In a few centuries, Christianity went from unheard of, to being outlawed, to the official religion of an empire. Mustard trees were used for shade because of their low-growing branches. Similarly, people from all nations took refuge under the canopy of Christianity. Unlike thorn trees (Ziziphus spina-christi), mustard trees have no thorns to  deter individuals from resting beneath them. Although wild animals sometimes fed on tree shoots, many branches grew high enough that predators couldn’t reach birds that nested in them.

In Jesus’s teaching about the mustard tree, birds settled in its branches. Some Bible commentators interpreted this clause as a warning to keep the early Christian church pure. In Old Testament scriptures, the phrase “birds of the air” was sometimes used to symbolize demonic forces. From this perspective, Jesus warned disciples to beware that Satan would attempt to encroach on the kingdom of God.

Certainly, Jesus warning became reality. In the first few centuries of the Christian church, Jews (Judaizers) advocated that newly converted Christian could be justified only by observing Jewish laws, i.e., circumcision, adherence to Jewish dietary laws. The Gnostics claimed they possessed elevated knowledge, a “higher truth.” The higher knowledge was acquired, not from the Bible or apostles’ teachings, but, from a higher mystical plain of existence. Individual with this special knowledge, for example, Jezebel in the Thyatiran church, believed they were elevated above other Christians because of their deeper knowledge (Revelation 2.18-25). 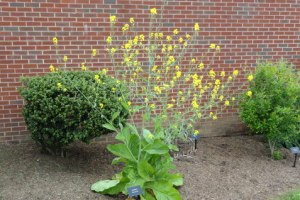 At times, Bible scholars concluded that the black mustard (Brassica nigra) plant was the source of the mustard seed that Jesus referred to in teachings that used the mustard seed. Very likely, the true mustard tree was the Salvadora perisica.

Many powerful men attempted to stop the spread of “The Way,” the early name for the Christian church. The Jerusalem Jewish leadership tried to stop it when they arrested Jesus and turned him over to Pilate for crucifixion. King Herod attempted to stifle apostle’s teachings when he killed the apostle James and had Peter arrested. Paul was beaten, confined to house arrest, jailed, and finally murdered; however, Paul’s letters, many written while he was confined or jailed, were important to the spread of  the good news of Jesus in the Gentile world.

Despite many deterrents, the fledgling Christian church grew in numbers. Through Paul, Peter, and John’s letters, converts deepened their understanding of Jesus as Son of God. They came to understand the role of the Holy Spirit in individual lives and in the church. Jesus’s  mustard seed illustration came true in early centuries after his death and remains true today. Even with  anti-Christian rhetoric and entire denominations turning from God’s commands, continuance—even extension—of the church Jesus founded is inevitable.

Important for westernized societies is the answer to the question, “Where will Christianity spread next and/or grow even deeper roots?” Will it be in Greece, Rome, or Asia Minor where Christianity was first embraced? Perhaps, Germany and Great Britain, homes to great reformation thought? What about the United States, founded on principles of religious liberty? We need to pray that individuals in all nations experience Christian revival, so they can rest in the shade of God’s love.

Reflection: Will Christianity grow in your sphere of influence?