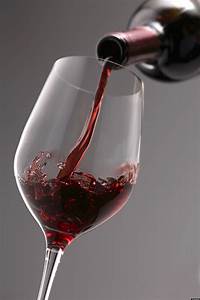 Genesis 9.20-29: Noah, a man of the soil, proceeded to plant a vineyard. When he drank some of its wine, he became drunk and lay uncovered inside his tent. Ham, the father of Canaan, saw his father naked and told his two brothers outside. But Shem and Japheth took a garment and laid it across their shoulders; then they walked in backward and covered their father’s naked body. Their faces were turned the other way so that they would not see their father naked. When Noah awoke from his wine and found out what his youngest son had done to him, he said, “Cursed be Canaan! The lowest of slaves will he be to his brothers.” He also said, “Praise be to the Lord, the God of Shem! May Canaan be the slave of Shem. May God extend Japheth’s territory; may Japheth live in the tents of Shem, and may Canaan be the slave of Japheth.” After the flood Noah lived 350 years.

After emerging from the ark, the farmer Noah planted a vineyard. In the ancient near east, grapevines were valued. From grapevines, individuals made wine, ate fresh grapes,  and dried raisins to eat during times when food was scarce. Despite the clear value of vineyards, often the grapevine didn’t elicit positive images in the Bible.

Frequently, when Old Testament prophets referenced vine or vineyard, they spoke about judgment that God would bring. Noah made wine from the grapes. He drank the wine and became drunk. This  Bible story as old as 5000 years recounts the effect of over-indulgence in alcohol.

My discomfort with this Bible narrative in which Noah became drunk and his offspring ridiculed his nakedness,  is that the righteous Noah took no responsibility for his own actions, i.e., over-indulging in alcohol to the point of drunkenness. Instead, Noah cursed his grandson, Canaan, for displaying and ridiculing Noah’s nakedness. True, Canaan’s actions weren’t admirable; but, neither were Noah’s in the matter of drinking wine to the point of drunkenness.

So many things in our world are intoxicating, even addicting,  besides alcohol. It is possible to be addicted to things that we don’t eat or drink. We can become addicted to television programs, pornography, romance novels, praise, money, shopping, etc. I wonder if an accountability partner can assist us to be free of addictions.

Reflection: Have you ever over-indulged in alcohol (or something else)? What happened? Did you harm yourself? Do you have regrets? Where does blame lie?