The Wildflower and the Rich 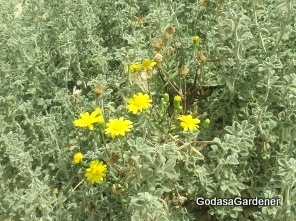 James uses the image of a transient wild flower to depict the brevity of wealth in James 1:10-11.

Most scholars agree that the James who wrote the New Testament book was the half-brother of Jesus. James could have been written as early as 50 A.D., which would make it one of the earliest books of the New Testament. The book of James has a distinctive Jewish nature; the letter was written to the “12 tribes scattered among the nations” (James 1:1). James’ focus is vital Christianity faith exemplified by works.

In James 1:10-11, James provided instruction for the Christian who was financially rich. Many of the world’s people view riches as a reason for pride; riches can buy comfort, prestige, and all types of world goods. In contrast to this world view, James wrote that riches are a reason to be humble. James’ rationale was that the rich man will pass away like a wild flower. With the heat of a scorching sun, the wild flower withers, its blossoms fall and its beauty is destroyed. Similarly, a rich man fades away as he goes about his business.
Throughout his letter, James reinforced his assertion that riches were a reason for humility. He wrote that the poor are rich in faith (James 2:5-7). In contrast, the financially rich often exploit others and drag them to court. The rich even slander the name of Christ. James advised rich people to weep and wail because misery would come upon them; they hoarded their wealth, refuse to pay their workers, and condemned and murdered innocent men (James 5:1-6).

A common wild flower in Israel is the crown daisy, also known as the Chrysanthemum coronarium and in the United States as the Glebionis coronarium. Noted Israeli botonists Michael Zohary proposed that James’ wildflower was the crown daisy. The crown daisy was native to the Mediterranean Basin and is now distributed throughout Asia, Europe, and North America. Crown daisies grow in every region of Israel, from northern Mount Hermon though the southern deserts. Often the crown daisy grows where humans disturbed the natural vegetation, e.g., waste areas, along roadsides. Yellow flower heads are 1-2 inches in diameter with a central disk surrounded by 15-12 flower petals. Petals are 1-1.5 inches long. Both the disk and petals are yellow; however, the disk is a darker (almost gold) yellow with up to 100 florets. In Israel, crown daisies bloom from February through May. Plants can self-sow when the soil is disturbed, for example by hoeing or raking.

In Latin, the language used to name plants, coronarium means crown in the sense of garland. Often daisies are woven into daisy chains for around the forehead or neck. James echoed Jesus’ admonishment that a man’s life does not consist in the abundance of his possessions (Luke 12:15). Rather, life is like an ephemeral wild flower or like mist that appears for a little while and then vanishes (James 4:14). Life here on earth is short. Ideally, we live so that when life ends, we receive the crown of life that God promised to those who love him (James 1:12).

Reflection: Considering doing a personal inventory; ask yourself if you are satisfied with how you are living your life. Include in the self-assessment a question about what you are doing to earn/receive your crown of life.

Posted in Plants in the Early Church