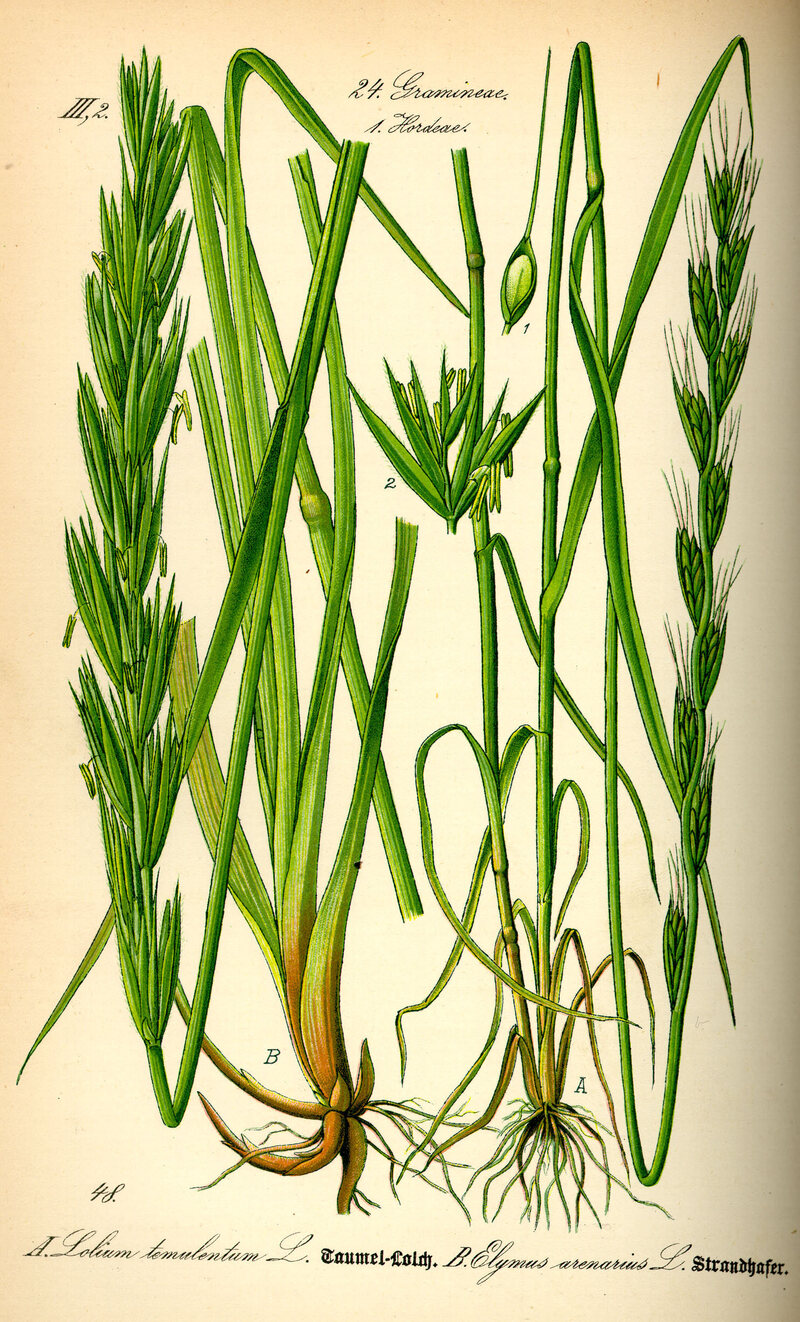 Christ was seated by the Lake of Galilee when he told The Parable of the Weeds (Matthew 13:1).  The parable is one of six parables that Christ used to demonstrate the nature of the kingdom of heaven. Here is the parable: A farmer planted good wheat seeds in his field. “Good” wheat seeds meant that contaminants, e.g. weeds, wild oats, and chaff, are absent from the wheat seeds. At night the farmer’s enemy sowed weeds or tares among the wheat. When the wheat sprouted and formed heads, so did the weeds. The weeds were intermingled with the wheat.

A servant told the owner about the weeds. He asked the owner if he and the other servants should pull out the weeds. The owner said “No” and explained that when the servants pull out the weeds, they could inadvertently pull up the wheat. The farmer understood that weed and wheat roots planted near each other intertwined. If weeds are removed, wheat roots and stems would be pulled up or damaged. The farmer directed the servant to let both wheat and weeds grow together until the harvest. Then, the servants could go through the fields, pull and bundle the weeds, and burn them. Wheat would be harvested and taken into the owner’s barn.

The parable demonstrated the growth of the kingdom of heaven from its original planting, through growth, to harvest. The field is the world. God, the owner, sowed good seed; individuals who were destined to follow him. The devil, the enemy, sowed weeds into the field; individuals who were against or indifferent to God’s teachings. The servants are God’s angels.  God refused to allow the angels to remove the weeds from the world because the lives (roots) of rejecters and followers are intertwined, just like the roots of weeds and wheat.

Harvest represented the second coming of Christ. At that time, the angels are free to remove the weeds.  God rejecters will be collected like the weeds they are. They will be bundled and burned.  Then, the angels will gather God’s followers. These good plants will be brought into the storehouse of God.

The weed referred to in the Parable of the Weed was most likely the Lolium temulentum. This weed is also known as darnel and poison ryegrass. The darnel is indigenous to the Mediterranean region including the Middle East. Darnel infests wheat fields and other cultivated land and spreads as a contaminant of wheat. It is widely distributed in Israel to include Mediterranean woodlands and shrublands, shrub-steppes and deserts to include extreme deserts. Even a few darnel grains can adversely affect crop

quality. Darnel seeds are poisonous to people and livestock.

The enemy who sowed the weeds among the good wheat was malicious. His behavior was spiteful, mean, and malevolent.  He wanted to destroy the good wheat that the farmer was growing. An Old Testament proverb focused on maliciousness:  “A malicious man disguised himself with his lips, but in his heart he harbors deceit. Though his speech is charming do not believe him ….. His malice may be concealed by deception, but his wickedness will be exposed in the assembly” (Proverbs 26:24-27). The proverb also teaches us how to respond to a malicious man and his ultimate outcome.

The New Testament is contains instruction to avoid malicious behavior (Table 12.1). Christ told his disciples that what goes into a man does not make him unclean (Mark 7:17-23). Rather, what is inside and comes out determines whether a man is clean or unclean. If a person’s heart is clean, good things will come out of them. Unfortunately, if a person’s heart is unclean, he will think and spew forth all kinds of unclean words, such as evil thoughts, malice, and deceit.  Similarly, an unclean heart produces unclean living, e.g., sexual immorality, adultery, theft, murder.

St. Paul addressed malice and malicious talk repeatedly in letters to early churches and in letters to his young protégé Timothy. Notably, Paul and Peter were both writing to believers. These two saints were exhorting believers to set aside spiteful, mean, and malevolent words. Malice can be harmful to a church; e.g., Paul wrote that a potential deacon’s wife must “not be a malicious talker” (I Timothy 3:11). Despite man’s excellent traits, e.g., sincere, temperate, honest, if his wife is a malicious talker, then the man is disqualified to be a deacon. Believers – men, women, and children – must all be attuned to what comes out of their mouths.

Reflection. In a way, it is good that the heart and our words are so closely aligned. Hearing our own malicious words can be a clue that there is something wrong with our hearts. Do you take the time to reflect on what you say?