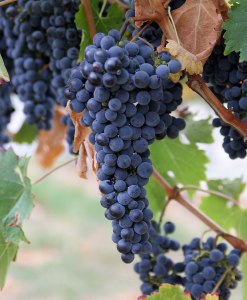 Jesus was familiar with symbolism of vines and vineyards. He knew that often when the Old Testament prophets referenced vine or vineyard, they spoke about judgment that God would bring upon disobedient Israelites. The grapevine didn’t elicit positive images to first-century Jews. The first time Gospel writers recorded an interaction with Jesus and the grapevine, he performed a miracle at Cana in Galilee.  Subsequently, several of Jesus’s teachings used grapevines, vineyards, and wine.

Very early in Jesus’s ministry, he and disciples were at a marriage feast. The feast was at the bridegroom’s home. Possibly, the groom was a friend or relative of Jesus’s family. Mary, Jesus’s mother, was there; she was concerned that all went well at the feast. Servants obeyed Mary’s directions. When the wine ran out, Mary told Jesus, clearly expecting him to do something. Although a little reluctant to become involved, Jesus turn water into wine and performed his first-recorded miracle. Jesus’s miracles pointed to him as Messiah and were designed to honor God.

God told Israelites that seven plants would be available to them in the promised land (Deuteronomy 8.8) The grapevine was one a plant. Vitis vinifera is the botanical name for the grapevine that grew in Israel.  In ancient Israel, grapevines were a principle crop because grapes could be eaten fresh, dried, or made into wine. Although the Negev was a popular area for wine production in ancient times, today, grapes and wineries are present throughout Israel.

When Jewish leaders began to oppose him, Jesus started to use parables to make points. One parable focused on a vineyard (Mark 12.1-12). A man planted a vineyard. He protected the vineyard by putting a fence around it and adding a watch tower. He dug a pit for the winepress. Then, the man leased the vineyard to tenants and left the country. After a season, the owner sent a series of servants to obtain the fruit (money) the vineyard produced. Tenants beat and/or killed each servant. Not once did tenants pay the owner what was due him. Finally, the owner said to himself:  I will send my beloved son, my heir, to collect what is due me. Surely, the tenants will respect my son; but, instead of respecting the owner’s son, they killed him.

After telling this parable, Jesus asked listeners what the vineyard owner should do. He gave an answer—the owner will destroy the tenants and give the vineyard to others. In response to Jesus’s answer, religious leaders wanted to arrest Jesus. They knew that God was the vineyard owner who sent multiple prophets to claim the fruit that Israel should have produced. The Israelites/Jews beat or killed prophets.  They knew that Jesus’s parable meant that God was going to take the spiritual vineyard from Jews and give it to another people. Perhaps these same Jewish leaders started to think of killing Jesus this early in his ministry. Did they even imagine that by killing Jesus, they were killing God’s son?

Reflection: Do you ever act in a way that God wants to take his spiritual vineyard away from you?

This entry was posted in Plants in Christ' Ministry in Perea & Judea and tagged Bible Plants, Bible Stories, God as a Gardener, Jesus, Vineyard, Vitis vinefera, Wine. Bookmark the permalink.

One response to “Grape, Vine, Vineyards”