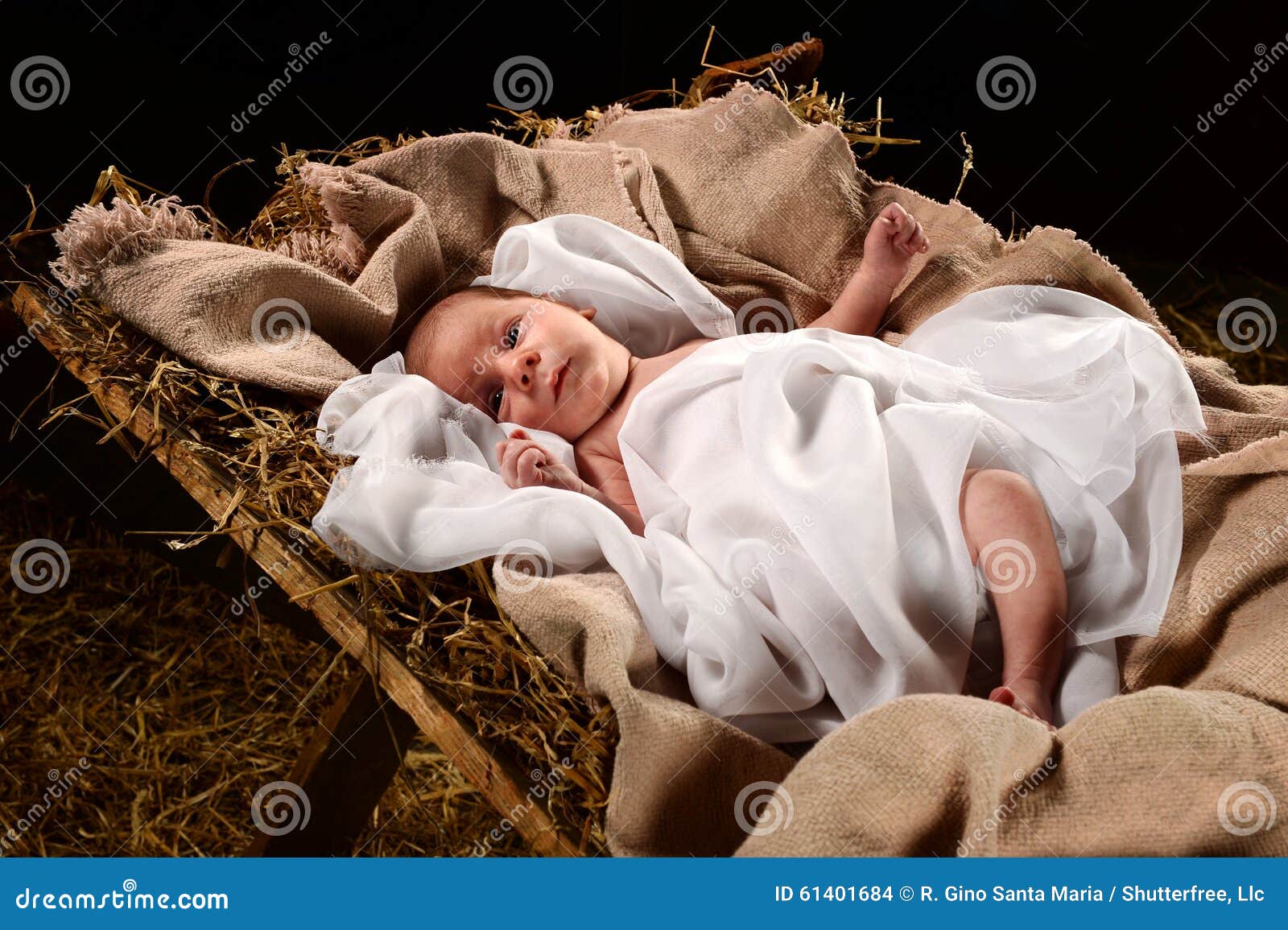 When Mary returned to Nazareth from visiting her cousin Elizabeth, her betrothed, Joseph, decided that the couple should leave for Bethlehem. Emperor Caesar Augustus ordered that all men must go to their home town to register for tax purposes. Joseph was of the lineage of David and his home town was Bethlehem.

When Mary and Joseph arrived in Bethlehem, Joseph’s family’s homes were packed. Inns were filled with other returned Bethlehemites. Joseph’s kin told him that he and Mary were welcome to sleep in the barn. Mary gave birth to her first-born son, Jesus in this barn environment. As was the custom in the Ancient Near East culture, Mary wrapped Jesus in swaddling cloths (Luke 2:7), Swaddling cloths were narrow band of cloths wrapped around newborn children to restrain and quiet them. A mother’s womb was snug and warm; these cloths mimicked the womb. Newborns have fingernails, so the cloths would have prevented the newborn Jesus from scratching himself has he wiggled around.

The swaddling cloths Mary wrapped Jesus in were probably made from cotton. Because of their poverty, Joseph and Mary likely were unable to afford linen cloths. Often pictures of Jesus wrapped in cloths at his birth depict the cloths as white; however, likely the cloths were gray or brown as the cotton was unbleached. Perhaps, swaddling cloths that Mary used were several colors because they were cast off rags. Have you ever cared for a newborn? They both urinate and have small bowel movements. Likely, Mary knew this newborn characteristic and used cloths that could be changed separately on Jesus’s lower body.

The cotton cloths were probably from the Gossypium herbaceum plant, also known as Levant cotton and Arabian cotton. Cotton plants were domesticated in India about 3000 B.C. and grew in Mesopotamia at least from 1000 B.C. In the 7th century B.C. cotton was present in the Arad Valley in Palestine. Possibly, returned Jewish exiles brought cotton cloth and cotton plants back with them from Persia.  G. herbaceum isn’t the same species of cotton grown in present-day Israel, nor the species grown in the United States. When cotton plants are irrigated, most flower mid-to-late summer. Large, showy, solitary blooms have five petals (1-2 inches long). Flowers are yellow (occasionally white) at first, then fade to a soft red or pink. The cotton plant fruit is called a boll. When ripe, the boll splits and a mass of fine white filaments or fibers exude.  The white fibers are the cotton of commerce. Seeds are present in the white fibers. In ancient times seeds were separated from fibers by hand, then the fibers woven into cloth.

Luke recorded that Mary wrapped Jesus in swaddling clothes and laid him in a manger. Most photographs showed this manger made from wood, filled with straw, and elevated off the barn floor. The Nazareth Exhibit in the Museum of the Bible showed a contrasting scenario. There, the manger was hewed out of an approximately two by one-foot stone. The interior of the manger was rough. The Bible never recorded that the manger was filled with straw before the newborn Jesus was laid in it. Swaddling cloths could have been the cushion for the newborn Jesus.

Please visit my website to learn more about Bible plants and my ministry: http://www.CarolynRothMinistry.com

One response to “Swaddling Cloths”